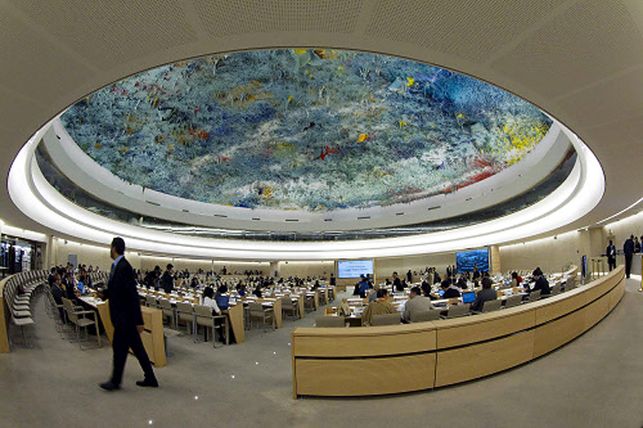 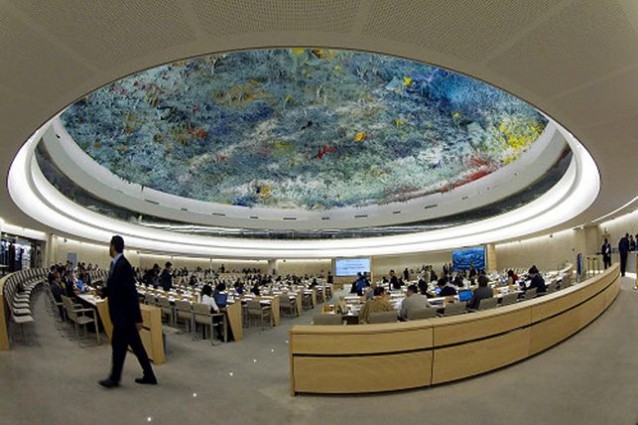 Human Rights and Alliance of Civilizations Room at the United Nations of Office at Geneva. Source: nzz.ch

Over the last few days, State delegations and members of civil society have gathered at the United Nations Human Rights Council to review the Declaration of the Rights of Peasants and other peoples working in rural areas.
LAMMP made its own contribution to the discussions raising the following points:
- For the declaration to acknowledge and recognise the impact of the extractive industries on the livelihoods and well-being of rural women and men
-To emphasise on the responsibility of non-state actors in perpetrating human rights violations against indigenous and rural peoples in line with the UN Guiding Principles on Business and Human Rights, especially given the context of natural resource industry
-Given the impact of mining and other natural resource extraction activities on the lives of rural communities, LAMMP stated the need to reinforce the issue of access to remedy, that should include but will not be limited to, compensation
-LAMMP welcomed the expansion of the concept of free, prior and informed consultation to peasant and rural communities, whether indigenous or not. However, we expressed the need to strengthen the language and include terms for accessibility, transparency and inclusion, taking into account barriers faced by women to enjoy participation.
-The Declaration makes explicit reference to gender and elimination of all forms of discrimination against women. However, LAMMP believes that gender based discrimination and considerations on the disproportionate impacts on women should be a cross-cutting theme within the Declaration, with particular regards to participation and access to remedy.

LAMMP used this forum as an opportunity to raise awareness on the devastating impacts of the extractive industries on rural and indigenous women’s lives as well as to denounce the ongoing criminalisation of peaceful resistance against mining in communities.