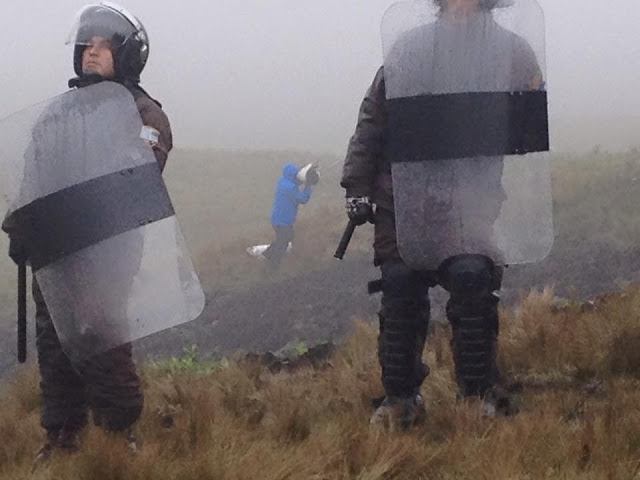 ** Update: 12th February 2016: The above Urgent action was delivered on Thursday 11th February with incredible solidarity and support from international organisations and individuals. A copy was also sent as appendix to a allegation letter to UN Special Procedures.

Peruvian rural woman human rights defender, Máxima Acuña de Chaupe is experiencing renewed attacks from mining company Yanacocha. These acts of aggression were perpetrated as part of a 5 year dispute in which the company relentlessly attempts to force Maxima and her family off their land.

Despite a 2014 court ruling in favour of Maxima’s family, Yanacocha continues its acts of intimidation and violence against the family. Most recent attack have been clear attempt to put her livelihood at risk by demolishing her adobe home, killing and theft of farm animals and destruction of crops and vital foods. In the wake of 2016, Yanacocha workers and securities have renewed their assaults, harassment, and degrading treatment.

On the 30th January, the family’s pet dog “Cholo” was stabbed in the neck while the family was away. The family suspect that the perpetrators were workers from the Yanacocha mine who have set camp some 100 metres away from the Chaupe’s house. When contacted, the mining company denies the presence of workers on the site at the time of events, however there are no other inhabitants living in the vicinity, only mine workers. 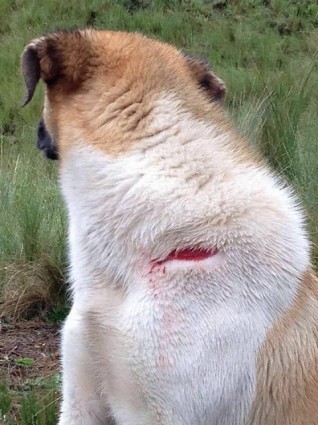 On 2nd February, Yanacocha personnel entered Maxima’s property, destroying the family’s crops. Photographic evidence taken on the day also show that assailants stole bags potatoes that were intended for the family’s consumption. The family and their lawyer believe this was premeditated, as perpetrators purposefully waited for the harvest to be ready before carrying out their theft (ie. The potatoes were planted 3 months ago). As he attempted to record the events with his mobile phone, Maxima’s son, Daniel Chaupe received several death threats and verbal abuse.

As seen in the photographs from the incident (below), the acts were carried out under the supervision of a contingent of the Peruvian National Police. These agents were fully dressed, equipped as riot police and armed with batons. However, despite wearing their official uniform, all labels and signs on the shield and dress that would indicate “Police” were hidden by black tape. This confirms previous reports highlighting the dangerous and shady relationship between mining companies and national police force in Peru. 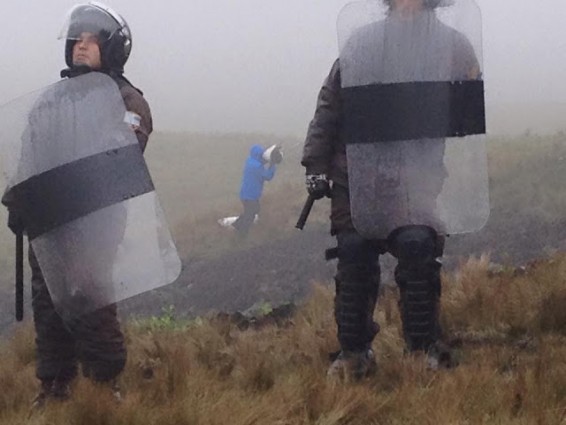 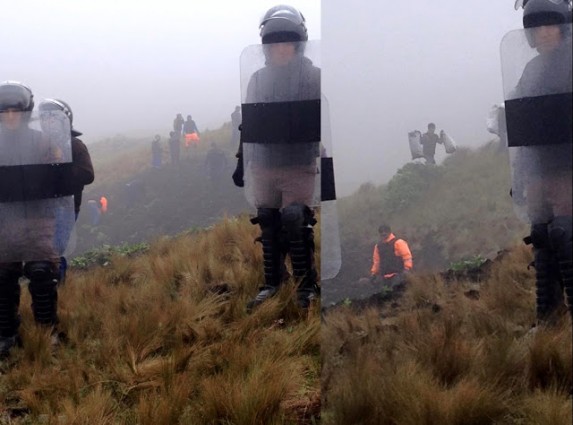 Yanacocha continues to deny the incidents and aggressions against the Chaupe family. In addition to ongoing threats and security incidents, the company has set up surveillance cameras to monitor the area. A few days prior to the events, on the 19th January, Daniel Chaupe reported seeing a drone flying above their property which they suspect, was intended for the record of their daily activities. 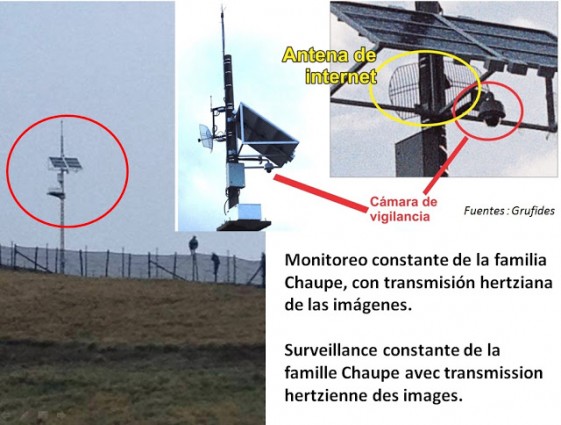 In light of these events, it is clear that the Chaupe family are still at risk. LAMMP hopes to express its solidarity with Maxima Acuña and her family, and to denounce the serious and ongoing human rights violations against them, including violations of their right to a private life, adequate food, a life free from violence and security of a person as well as a life of dignity.

*Corrections: This article was amended to correct and precise some details from the above incidents. The changes were the following:

-The original article stated that the Chaupe family suspected the alpaca herders from Yanacocha’s CSR initative of stabbing their dog “Cholo”, whereas they do suspect Yanacocha workers generally, this was not specifically the herders.
-The bags stolen on the 2nd of February were not recently harvested, rather the workers teared down plantations and crops before taking them to their encampment
-Whereas Daniel Chaupe did receive threats and insults when attempting to record the events, there was no direct attempt to steal his phone.