We stand in solidarity with our Maya sisters and brothers in Guatemala and the families who have suffered the loss of lives due to violence on October 4, 2012.

We express our profound concern and indignation for the events that took place in Totonicapan in the region known as Alaska along the Inter-American Highway. The clash between the K’iche people, police, and armed forces resulted in the loss of 8 lives, amongst them; Santos Nicolás Hernández, Jesús Francisco Puac, Arturo Félix Fapón, Eusebio Josué Puac, Jesús Cano, Santos Nicolás Menchú, Rafael Batz y Jesus Domingo Caniz – and more than 30 wounded.

Women, men, youths and elders were peacefully protesting against: (1) Reforms that would set price caps on electricity; (2) Changes that would require a longer certification process for teaching careers; (3) and constitutional reforms. The fallen became victims when unidentified people in a truck opened fire on the protesters while a group of community leaders were in Guatemala City to negotiate these various concerns with a Special Commission. 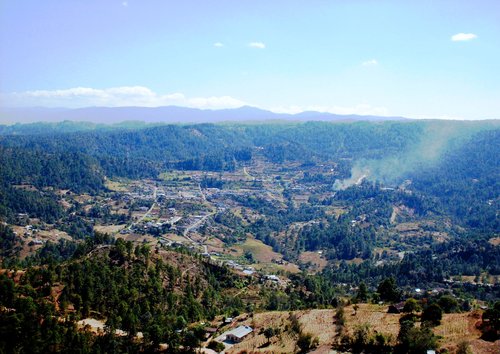 This critical situation in Guatemala is the direct result of the administration’s indifference to indigenous peoples’ rights, concerns and demands across the country. Not only is there continued discrimination of indigenous peoples in Guatemala, these reforms violate their right to be fully consulted on matters affecting them as well as their fundamental rights to lands, territories, and natural resources.

FOR THE RIGHT TO LIFE, TO OUR LAND, AND NATURAL RESOURCES

FOR THE RIGHT TO LIFE WITHOUT VIOLENCE!