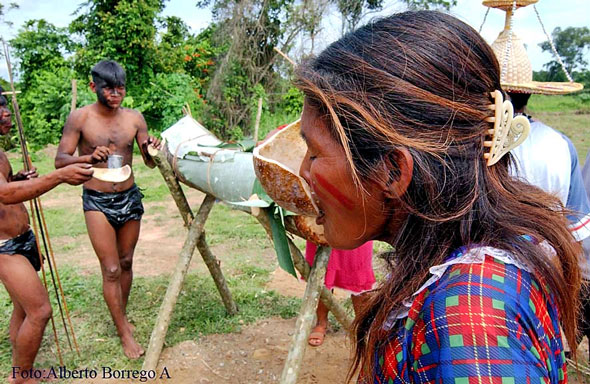 The recent economic plan of President Hugo Chavez for 2013-2019 promotes the exploitation of natural resources in Venezuela. The plan relies heavily on ”the new mineral deposits in the Sierra de Perijá”, among other forest areas of high biodiversity. Venezuela is ranked in the top 10 countries with the highest biodiversity on the planet. The expansion has an impact on the Cachirí and Socuy Rivers; Zulia state depends on these two water sources.

Yukpa communities claim their ancestral territory back, struggling with contamination, aggression by cattle-ranchers and paramilitary activity.

We have made a short film (10 minutes) about the Yukpa in the Sierra de Perija, contrasting the pledges of President Chavez with the reality of their situation.