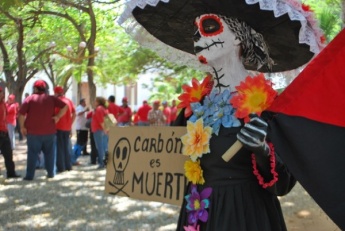 Following an intense period of rallies and social protests, the President of Venezuela Nicolas Maduro Moro amended Decree 1,606. This latest government proposal commits itself to freeze coal mining and hydro-power developments in the North-Western State of Zulia, located in the mountainous Sierra de Perija. News of this decision emerged on 27 August, and is widely celebrated among the Yukpa and Wayuu indigenous peoples inhabiting the lands destined for concessions.

What is Decree 1,606 and what are the implications of the amendment?

The contested Decree 1,606 is a sound illustration of the oscillating mining policies in Venezuela, and the brittle relationship between the government and indigenous peoples for over the last decade. Back in 2007, the late President Chavez had already issued a Decree that prohibited the opening of new coal mines as well as the expansion of existing ones in the State of Zulia. Indigenous peoples, predominantly Wayuu and Yukpa residents of the Socuy, Mache and Cachir river basins welcomed this decision as a victory as they had already begun to experience first hand the negative impacts of mining on their environment, health, rights and integrity.

On this line of action, late President Hugo Chavez and Maduro his successor, have devised for Venezuela a XXIth Century “ecosocialist” economic and productive model, combining the principle tenets of socialism with a desire to tackle climate change. Yet, looking beyond the official political discourse, little has been been done to preserve and protect Venezuela’s biodiversity and natural environment. Instead, in 2008, Chavez proceeded to the nationalisation of mining and energy industries, re-kindling concerns among indigenous and rural communities in Venezuela who yet again faced the imminent threat of displacement and contamination.

On 10 February 2015 Maduro issued the Presidential Decree 1,606 as part of a generalised effort to satisfy mining and energy investors. This decree was carried out without the consent or consultation of affected populations. Granting a 30 year lease to the Chinese owned company Sinohydro, the decree enabled access to approximately 24,192 hectares of land for coal extraction and the implementation of a hydro-power plant.

According to the plans, the project required extensive deforestation and the re-routing of rivers and water sources. These consequential transformations threatened the fragile ecosystem of the mountainous region and its unique biodiversity. In turn, the potential contamination of the Socuy, Machay and a Cachiri rivers was an important risk for the health and well-being of the nearby municipalities and communities.

Although the Decree 1606 was not entirely revoked, indigenous communities are embracing its amendment as the fruit of their peaceful and constant resistance. With changes in the Decree, the government of Venezuela is effectively promising communities in Zulia that no new coal mines will open and exploitation will be limited the two mines that are already open: Paso Diablo and Mina Norte.

Yet, given that mining and energy laws in Venezuela are going through endless back and forths, it is worth asking how long will this victory for indigenous peoples last, and whether this new amendment will be respected. Moreover, with this new amendment, restricting Sinohydro’s initial access to land, there has been no official response from the company. It goes without doubt that the amendment will influence the China-Venezuela relationship. 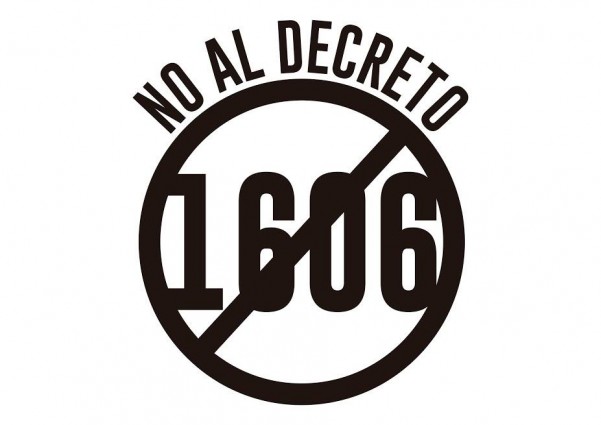 Venezuela is the second largest exporter of coal in Latin America after Colombia. Despite national and international obligations, such as the right to free, prior and informed consent (FPIC), indigenous communities in the Perija region have endured the worst forms of violence and injustice as a result of mining activities in their territories.

As well as the environmental impacts linked to the extractive industry, populations have reported the rapid deterioration of their health with the high rates of pneumoconiosis, cancers, malaria and respiratory illnesses. Another source of complaint is the lack of safety mechanisms in mine affected areas, where accidents linked to the transportation of mining equipment puts the lives of community members at risk.

For all these reasons, indigenous peoples inhabiting the region have long opposed the sale of their territory for concessions to both State-owned and international mining companies, as well as of other interested parties. As resistance organised, activists and indigenous leaders were confronted with violent repression, criminalisation and grave human rights violations. These included forced disappearances, torture and assassinations.The issue of Decree 1606 in February 2015, added to the anger and fears of indigenous communities struggling to protect their individual and collective rights, their livelihoods and environment.

Given this backdrop, the amendment of the Decree is not seen as a definite promise for the protection of indigenous peoples of Zulia. Communities remain on guard for the protection of their ancestral territories and their collective rights. According to the Venezuelan based NGO, Homo et Natura, a social-environmental and cultural observatory will open in Zulia to monitor compliance to the Decree in resource extraction and transportation. In doing so, they will continue to advocate for development projects that are environmentally sustainable and respectful of human and indigenous peoples’ rights.